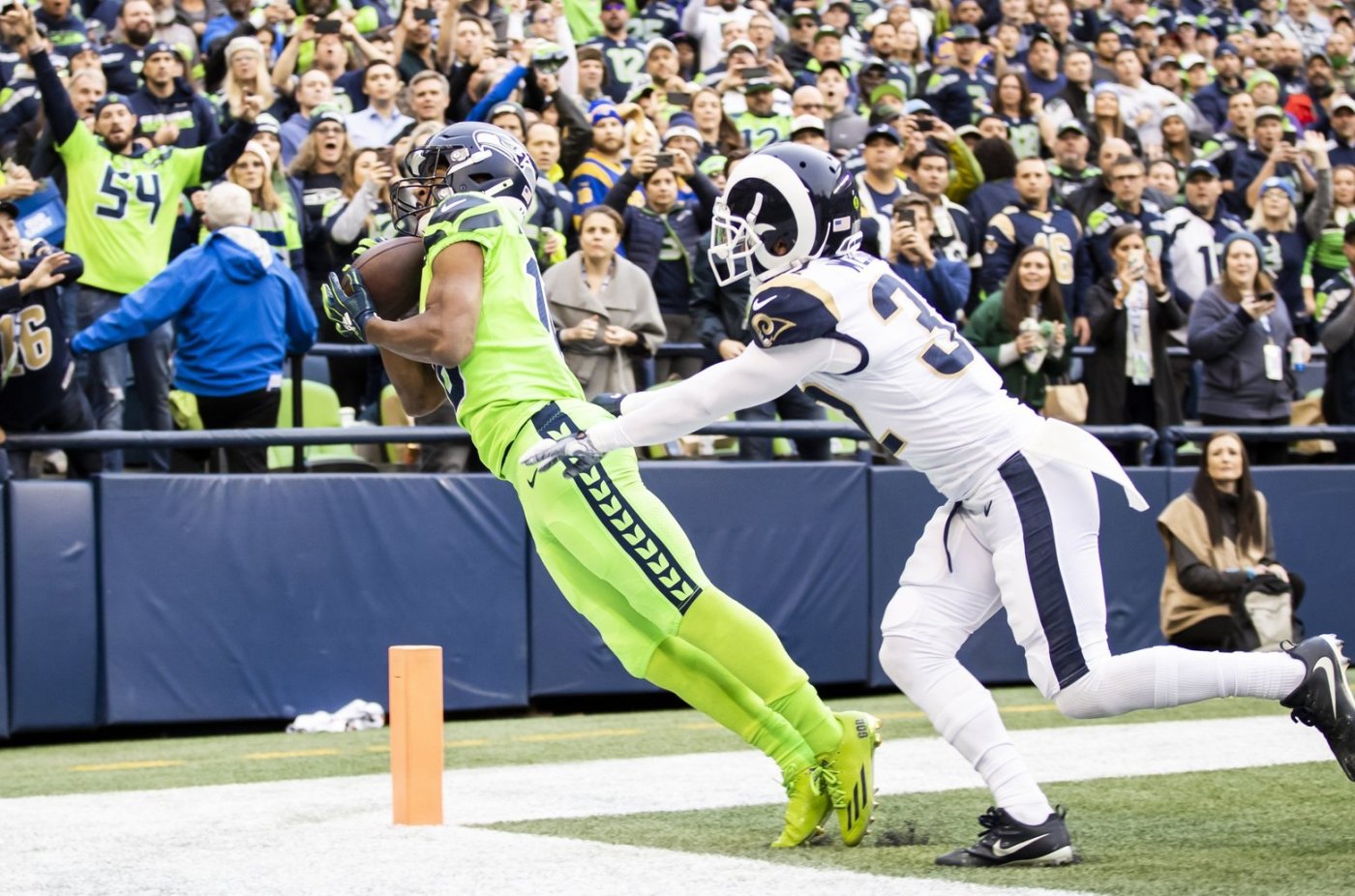 Seattle’s #1 WR had a breakout season in year 5 of his career. There were a few factors in this happening. Lockett has always been a big play waiting to happen never averaging less than 12 yards a reception in his career.

Lockett earned the #1 WR spot for the Seahawks with the retirement of Doug Baldwin. Going into the season Lockett had never had more than 71 targets. In 2019 Lockett busted out with 110 targets and 82 catches both major jumps in his career bests. I had mostly thought of Lockett as the deep threat to this offense but man did he prove me wrong this season. Not only did his receiving yards and catches jump up but so did his receptions leading to first downs while his overall TD numbers were down from the year before. The drop in TDs may scare some off but he still had 8 TDs and was 4th in the league with 13 red zone targets. Lockett has 18 touchdowns over the last two seasons.

Moving into the 2020 season Lockett is primed to continue his upward climb. Lockett finished last season as WR13 in PPR scoring. It is not out of the realm for him to finish this upcoming season with another top 15 finish. Seattle did add veteran TE Greg Olsen this offseason but I don’t see him cutting into Locketts target share that much. We all know what Russ Wilson is capable of so Lockett and the pass catching core should continue to shine.

My Tweets
My Tweets